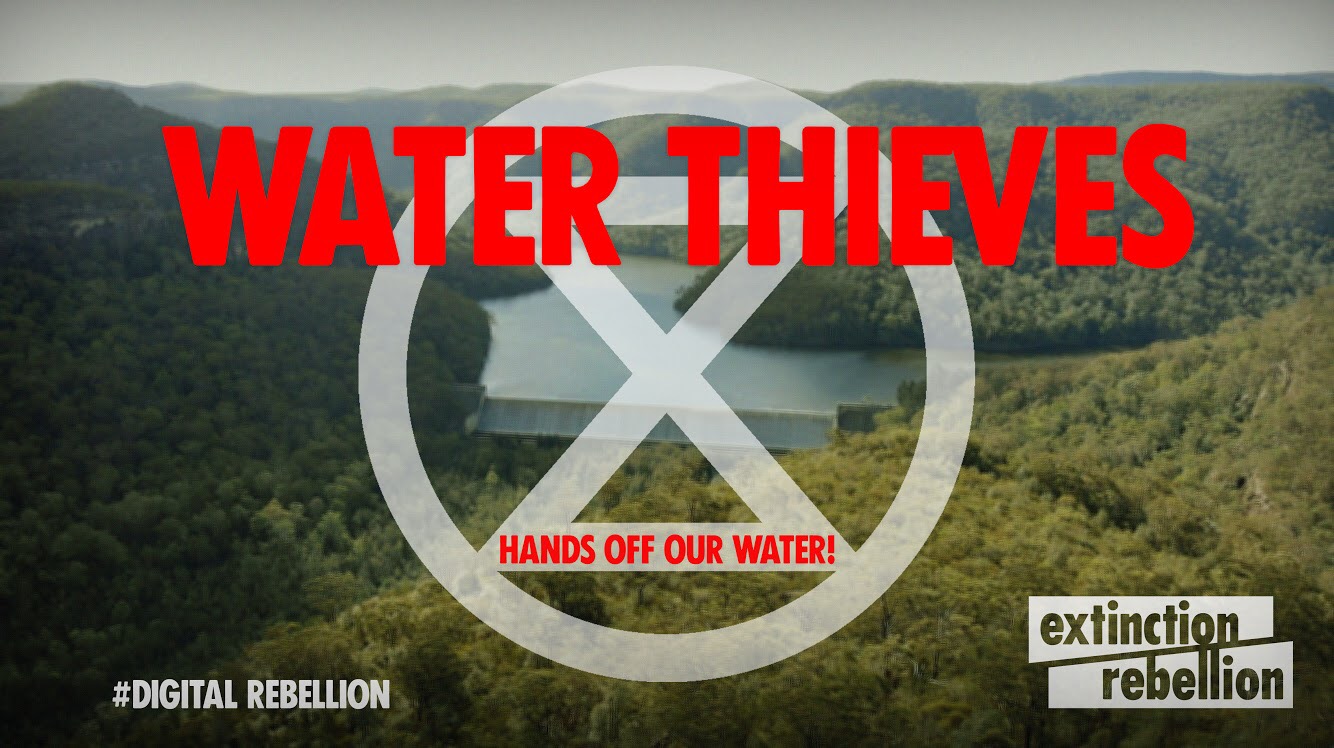 Our targets today are the NSW “Energy and Environment” Minister (Matt Kean), and Peabody Energy. Here’s why:

“The Berejiklian government has given the nod for the extension of coal mining under one of Greater Sydney's reservoirs, the first such approval in two decades.
The Planning Department earlier this month told Peabody Energy it could proceed with the extraction of coal from three new longwalls, two of which will go beneath Woronora reservoir.”

Your mission consists of several stages, each of which will only take a minute or two.

We’ve written some sample text, please pick a couple of your favourite paragraphs and copy/paste them into your message in any order. Paraphrase, expand, or edit as you like. We want the messages to be different and authentic, not an army of clones.

Remember to be respectful, and include a clear request for change. If you can add a personal touch, an anecdote or experience, it makes your message much more effective by helping the reader understand the need for change both rationally and emotionally. Attach an image of the dam too - water thieves image gallery.

In the post-COVID recovery, job creation will be more important than ever. Why is the NSW government ignoring the 60,000 renewable energy jobs that could be created? Why is the government instead focussed on the declining coal industry which only employs one third of that number (Australian Bureau of Statistics) Please, choose sustainability and opportunity for all, instead of profit for a few and hardship for many.

I am a constituent and I am writing to you because your support of the Peabody mining program under Woronora Reservoir is criminal. The operation will not only contribute dangerously to emissions, but also to the water crisis through the operation’s threat to the water supply.

In 2019, 100 climate scientists attended a conference held at the university of Oxford, with the conclusion “either instigate an immediate and radical reversal in existing emissions trends or accept global temperature rises well above 4°C.” All 100 of those who attended agreed. To put it bluntly in the words of the general secretary of the UN, “the status quo is suicide.” Given the warnings from these experts, and the climate science community in general, I am very disappointed with the Berejiklian government’s approval of expanding Peabody’s coal operations near and under the Worona reservoir.

In prematurely green-lighting the proposal the government is choosing to ignore the waterway disruptions and toxic contamination that is already being caused by the mining activities of Peabody and other companies in nearby catchment areas. It is also failing to acknowledge the long term health problems and high remediation and other costs which are likely to be imposed on the community by allowing mining activities to expand into the area underneath the reservoir itself.

If you live in NSW, email your State MP.

Make sure you introduce yourself as one of their constituents, mention your electoral division or suburb!

To save time, you can paste in the same text you sent the minister after your introduction.

You might be able to recycle your prior email with a few edits to aim it at the company instead of the government. Or pick from the text below, and add some personal touches.

Attach an image of the dam too - water thieves image gallery.

The NSW government, Peabody and other companies mining in the area have had ample opportunity in the ten years that have elapsed since the original 2009 approval to demonstrate that their widely touted ‘commitment’ to protecting the interests of our communities and environment is genuine. Yet instead between 2009 to 2019 the Eastern Tributary flowing into the Woronora reservoir has become highly contaminated by toxic levels of leached metal contaminants that are dangerous to fish, other wildlife and plants and ultimately harmful to people.

With Peabody Energy carrying billions of dollars debt after going into Chapter 11 bankruptcy protection for a period in 2016-17, the company’s capacity to meet the conditions laid out in the IEPMC report is open to question. It is unclear how the government intends to ensure that harm to the community and enduring damage to the environment would be appropriately remediated if the company were to again declare bankruptcy on becoming liable for compensation payments it is unable to sustain.

Mining coal under Woronora will not only contribute dangerously to emissions, but also to the water crisis through the operation’s threat to the water supply. According to Dr. Peter Turner, chief science officer of the National Parks Association of NSW, the caving of rock caused by extracting coal risks damaging the dam and creating leaks.

Grab one of our lines, or come up with your own.

Hit one (or both) of the Peabody offices:

These will work for either/both:

Had enough? No worries. Thanks for blitzing ‘em! ⚡ 📨

But if you’re keen to keep going, there's still more fun to be had 💚

Thanks for joining the Digital Rebellion!

See you all back on the streets soon.